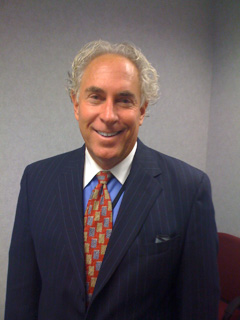 My pathway to becoming a family physician was straightforward, but unlike many doctors, I had no role models in my family. In fact, I was the first one to graduate college in my family. My father was in the carpet and tile business and my mother was an executive secretary for years (more on that later).

Just after I turned 13, I worked all summer caddying at a private country club. We caddied 6 days per week and played golf on Monday when the club was closed. I remember many days sweltering in the hot sun south of Chicago hauling a heavy golf back for very wealthy members. My parents were friendly with many of the members, but for various reasons were unable to join. Likewise many of my teenage friends and classmates were members and they would occasionally invite me to swim at the pool. However, I was still the “hired help” and not a member. During the 4+ summers I caddied, I resolved that whatever I did later in life, I wanted to have the ability to earn enough money to join that club if I wanted.

Early in school, I liked science and math. I had very little interest in English, history, geography etcetera. One night early in my high school years, my mother asked me what I wanted to be. I was enamored with airplanes so said I wanted to be a jet pilot, but my mother said, “No you’re not. You’re going to be a dentist.” It sounded okay with me. I began college majoring in predentistry. Pre dent and premed students took the same science courses. The summer after my freshman year, I read a book titled “Intern” by Dr. X that chronicled a doctor’s internship year. Diagnosing illness seemed so exciting, certainly better than contemplating a life looking in mouths that I switched to premed. My idea of a doctor was the person who treated your everyday complaints. Just as I was graduating college, family medicine was recognized as a specialty and I decided to get in on the ground floor of this new specialty. After medical school, I took a family medicine residency. I then moved to Palm Beach, FL and practiced office and hospital family medicine for 31 years until moving to Indianapolis in 2006.

One other note. Prior to starting my junior year in high school, I was planning my courses. I mentioned earlier that my mother was a secretary so she demanded that I take “typing” (electric typewriters were just coming into wide usage). I whined about it being silly and a girl’s course, but she prevailed. After a full year of formal typing instruction, and later typing numerous reports, term papers, thesis and research projects I am an excellent typist or “keyboarder” as it is now called. Of course I knew that typing was somewhat important for college reports, but in 1967 no one dreamed that the ability to keyboard would become such a large part of everyday life for so many of us. The moral of the story- it pays to listen to your mother. Thanks, Mom.